reasons to run with us! 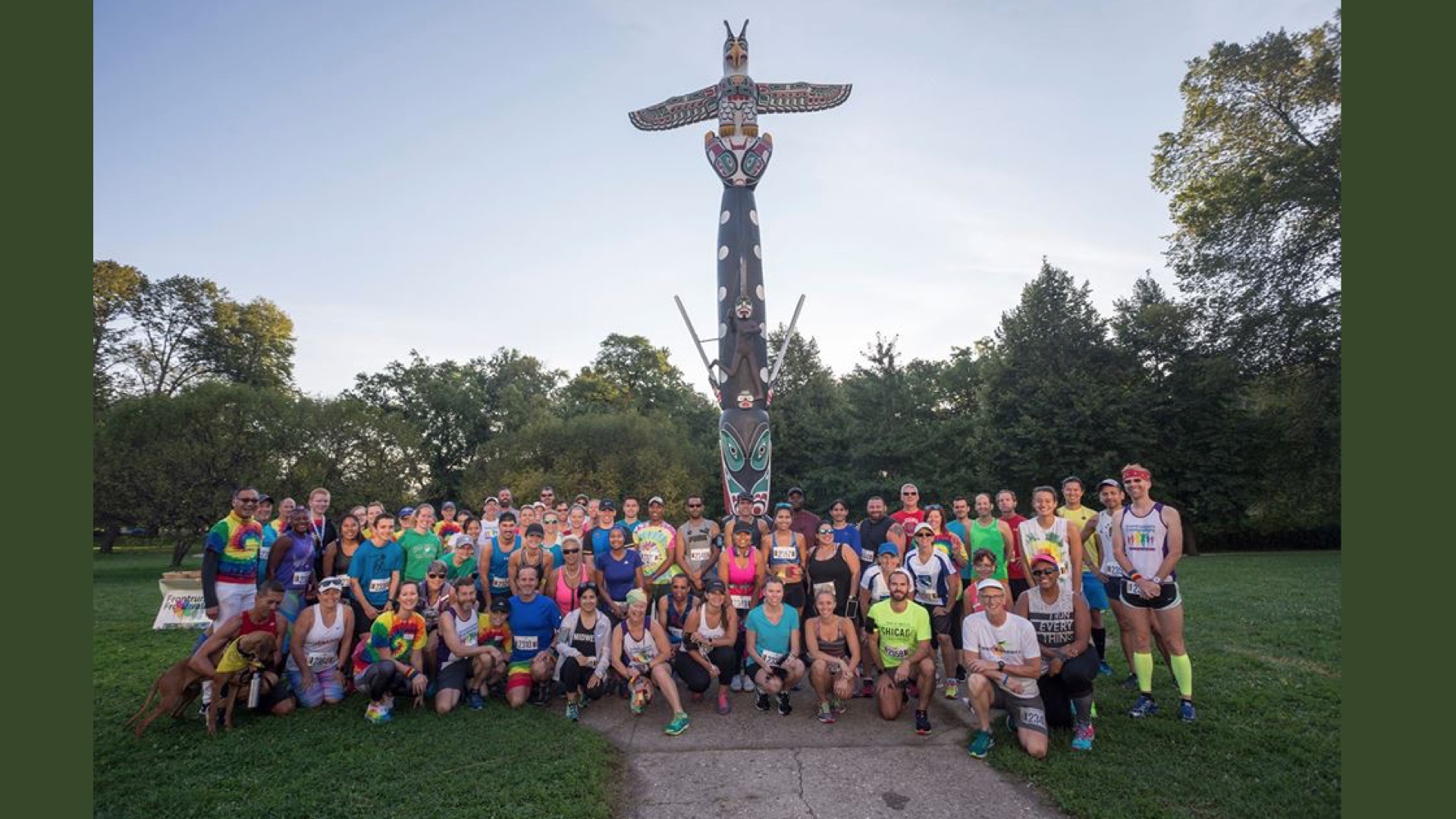 Fresh air and early morning running trips sure can cure almost anything.

Be One of Us

Being part of a group that is so supportive and consistent provides incentive to be more active while having fun and making friends.

Nothing makes you feel more free and independent as running open road.

Regular running helps you stay fit, healthy and hardy no matter what.

Frontrunners Chicago is Chicago’s premiere LGBTQ+ running and walking club and a proud member of the global organization known as International Front Runners. The club provides a welcoming environment for everyone regardless of where they are on their running or walking journey. Through our weekly fun run/walks, our annual circuit of focus races, our training programs, our volunteer efforts, and our social events, Frontrunners Chicago seeks to welcome, empower, encourage, and support everyone with an interest in staying healthy and fit in a positive and friendly environment.

What’s in a Name?

International Front Runners is an affiliation of LGBT running/walking clubs that have organized in many of larger cities around the world. Inspired by Patricia Nell Warren’s novel The Front Runner, the first FrontRunner club began in San Francisco in 1974, and other FR clubs quickly began forming in the United States, then in Canada and abroad.

There are currently about a hundred Frontrunner clubs around the world, and they are as diverse as where they are situated. Some of the clubs have hundreds of members, some startups only a few. Many include walkers, not just runners, and at least one club has many more walkers than runners. Some of the clubs elect officers, have bylaws and a membership dues structure, many don’t. Most have regular weekly runs/walks and many also get together at local restaurants after their runs. And the fact that there are three different spellings of the name – FrontRunners, Front Runners and Frontrunners – is just a further example of the clubs’ diversity.

In July 1982, after the success of the first Gay and Lesbian Pride Run, Frontrunners Chicago was officially established as a club by Peg Grey, Rob Williams, and Jim White. In 1989, as more walkers joined the group, Frontwalkers was officially added to the club name. In 1990, FR/FW Chicago began its long association with the Chicago Marathon by staffing a water station, an association that continues to the present day. For ten years, our club was awarded the ‘best water station’ by the Chicago Marathon Press and marathoners. Our water station has become legendary through world-wide publicity Each year, our water station has a theme which includes music, costumes, decorations, dancers, and cheerleaders.

In 1991, FR/FW Chicago began hosting the Proud To Run, the name under which the original Gay and Lesbian Pride Run which provided the catalyst for the formation of Frontrunners/Frontwalkers Chicago was operating at that time. Proud To Run was originally founded and operated by the Metropolitan Sports Association (now known as CMSA), but was turned over to FR/FW Chicago as the official running and walking club for the LGBT community of Chicago. Since becoming our event, Proud To Run has expanded and now includes a 10K, 5K and 2 mile fun walk. The event in 2016 drew over 1,600 participants and over 200 volunteers. Proud To Run is a CARA Registered Race and USATF sanctioned.

Both FR/FW Chicago and Proud to Run have received recognition and awards throughout their history. Some notable examples are:

2001 – Proud to Run celebrates its 20th anniversary and receives a proclamation from Mayor Daley declaring June 24, 2001 “Proud to Run Day”

2006 – FR/FW Chicago hosts the International Frontrunners Invitational, a gathering of representative from clubs around the world occurring every two years in a different city

2011 – Proud to Run’s celebrates its 30th anniversary and receives a Special Recognition Award from Mayor Rahm Emanuel “recognizing 30 years of outstanding contributions, through the field of sport, to Chicago’s lesbian, gay, bisexual, and transgender communities, charities, and service organizations” as well as a proclamation declaring June 25, 2011 as “Proud to Run Day” 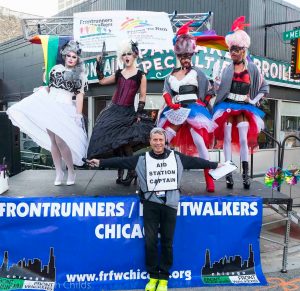 2016 – FR/FW Chicago hosts 40+ members of the Paris chapter of Frontrunners running the Chicago marathon along with two of their cheerleaders thereby raising the profile of the Chicago chapter and promoting the vision of Frontrunners as a global community of LGBT runners and walkers.

FR/FW Chicago is proud of its city and has worked throughout its history to strengthen the bond between the club and the city of Chicago as a whole. To this end the club makes valuable and visible contributions to events and organizations such as the Shamrock Shuffle, the Chase Corporate Challenge, the AIDs Run/Walk, Girls on the Run, and Back on My Feet. FR/FW Chicago’s involvement at these events strengthens the presence of the gay and lesbian community in our city and presents a positive image of our community to all citizens of Chicago.